Why do aluminum tubes need to be oxidized? The advantages of aluminum pipe itself:

First, the advantages of welding technology: the welding technology of thin-walled copper-aluminum pipes suitable for industrial production is known as a world-class problem and is the key technology for replacing copper with aluminum for connecting pipes of air conditioners.
The second is the service life advantage: from the perspective of the inner wall of the aluminum tube, since the refrigerant does not contain moisture, the inner wall of the copper-aluminum connecting tube will not corrode.
The third is the energy-saving advantage: the lower the heat transfer efficiency of the connecting pipe between the indoor unit and the outdoor unit of the air conditioner, the more energy-saving.
Fourth, it has excellent bending performance and is easy to install.

Everyone may not know the benefits of aluminum tube oxidation. I hope that through this article, you can have a deeper understanding of aluminum tubes.
The oxidation of aluminum tube refers to a material protection technology that forms an oxide film on the surface of the aluminum tube in an electrolyte solution by applying anode current, also known as surface anodization. The corrosion resistance, hardness, wear resistance, insulation and heat resistance of aluminum pipe materials or products after surface anodization are greatly improved. The most anodized metal material is aluminum. The anodization of aluminum tubes is generally carried out in an acidic electrolyte, with aluminum as the anode. During the electrolysis process, oxygen anions react with aluminum to produce an oxide film. This kind of film is not dense enough when it is initially formed. Although it has a certain resistance, the negative oxygen ions in the electrolyte can still reach the aluminum surface and continue to form an oxide film. As the film thickness increases, the resistance also increases, and thus the electrolysis current decreases. At this time, the outer oxide film in contact with the electrolyte is chemically dissolved. When the rate of oxide formation on the aluminum surface gradually balances with the rate of chemical dissolution, the oxide film can reach the maximum thickness under this electrolysis parameter. The outer layer of the aluminum anodic oxide film is porous, and it is easy to absorb dyes and colored substances, so it can be dyed to improve its decoration. After the oxide film is sealed by hot water, high temperature steam or nickel salt, its corrosion resistance and wear resistance can be further improved. In addition to aluminum, the metals that use surface anodization in the industry include magnesium alloys, copper and copper alloys, zinc and zinc alloys, steel, cadmium, tantalum, and zirconium.

What is intercooler？
Links： 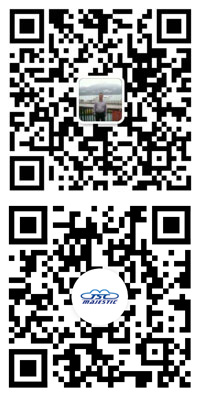